You might be a geek and not even know it!

Cooking for Geeks is for anyone who wants to do more than follow a recipe. It’s the perfect book for the curious, smart, and hungry geek.

This book is different from any other cookbook out there: it teaches science using cooking. Part cookbook, part science book, Cooking for Geeks answers questions like: How do your senses of taste and smell work? See Chapter 2 for answers, along with interviews with scientists and dozens of recipes. How does heat change our foods? See Chapter 3 for the key temperatures in cooking—you’ll never wonder how to set your oven again. 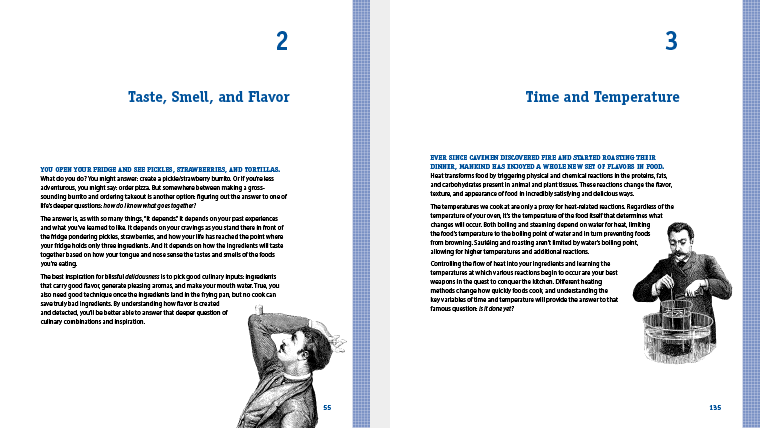 Read Chapters 2 & 3 of the Second Edition (Click for PDF)

The second edition is a complete rewrite.

With over 150 new pages, one third of the second edition is entirely new material. And, the other two-thirds of the book are completely rewritten and revised, expanding and updating the science and kitchen tips throughout.

Plus, Jeff has had a lot more time to dig into the meaty science and crazy experiences. Listen to him on Science Friday or read about him making a 500 pound donut on the Food Network. All these experiences make the second edition more entertaining, more interesting, and more geeky.

Why a second edition?

Reviews of the First Edition