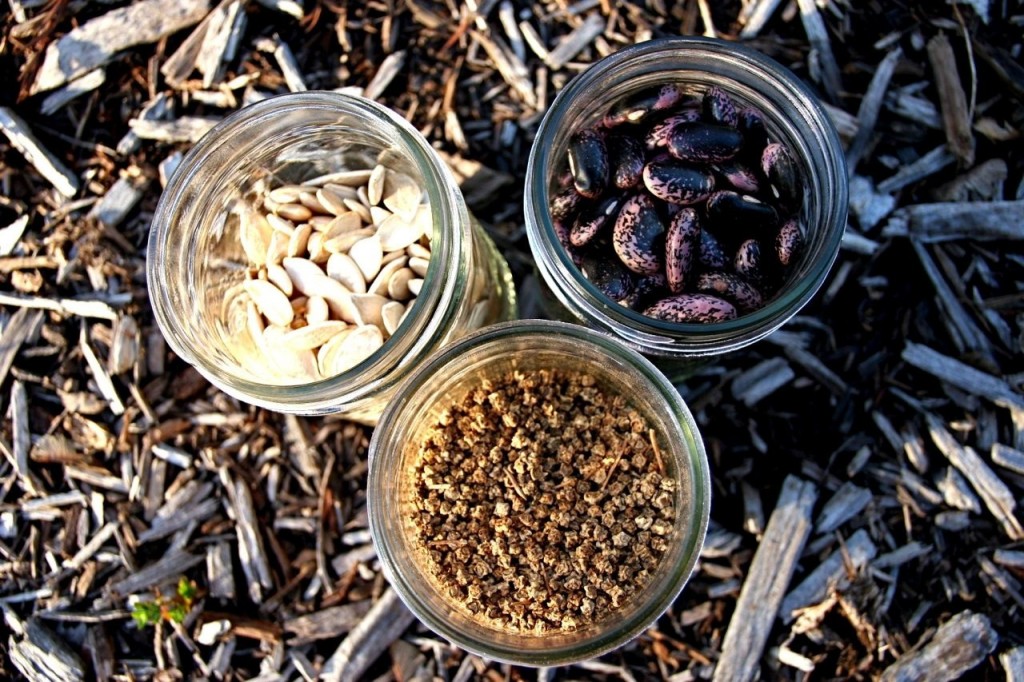 Awesome Food is happy to announce that its fifth micro-grant of $1,000 has been awarded to Andrew Whitman of the UCSC Seed Library, which is a seed repository and lending service based at the University of California at Santa Cruz. Whitman is among nearly 800 applicants from around the world who have applied for grants from Awesome Food, a chapter of the Awesome Foundation, which awarded its first micro-grant in October 2011.

The UCSC Seed Library was started in 2011 by Whitman, a fourth year History major at UCSC, as a way to catalog and preserve local seed varieties, in order to combat the increasing homogeny that comes from commercial growing.

A seed library is a means by which a region can store the genes of its traditional heirloom varieties, teach the public about farming and biology, and store alternative species of plants in case widely-used varieties succumb to a new disease or pests. The UCSC Seed Library works by lending a certain amount of seeds to a farmer or gardener, who grows those seeds into a crop, and then returns the same amount of seeds he or she had previously borrowed. So far, the UCSC Seed Library has approximately 83 varieties of regionally-adapted, organic seeds which are available for lending.

Some recent studies have shown that our crop diversity has decreased by as much as 93% in the last century. For example, there were over 7,000 varieties of apples in the 1800s. Now, there are fewer than one hundred. Awesome Food trustee Leah Lizarondo Shannon, of The Brazen Kitchen, considers the UCSC Seed Library to be awesome because “it brings awareness and proposes a solution that can mitigate the impact of dwindling diversity to our food security.”

“Moreover,” added Shannon, “if universities across the US replicate this initiative, we can begin to build the equivalent of a distributed and localized “food ark” — mirroring the mission of initiatives such as the Svalbard International Seed Vault.”

Whitman is passionate about the importance of preserving local seed varieties, especially since the farming practice of planting large crops of genetic similarity — also known as monocultures — have become dominant.  “Biodiversity is an integral part of any healthy ecosystem. Having a diverse gene pool is a natural means for coping with potent diseases, environmental stress, and quick changes in the ecosystem,” he said. “Unfortunately, our current food system promotes massive contracted monocultures that a few key distributors package and send throughout the nation and world.”

He points out that, while there are some seemingly positive aspects to monocultures, one major downfall is that monocultures are more susceptible to widespread extermination by mutating diseases or pests. Maintaining biodiversity in agriculture can help ensure that, even if one strain is killed off, others can still survive.

Whitman plans to use the Awesome Food grant not only to purchase more supplies for the physical seed library but also to raise awareness of the UCSC seed lending and tracking model. He is already working with students at the University of California at Davis to help them begin to build their own institutionally anchored seed library. Whitman hopes to travel to other universities in an effort to promote the UCSC model and to encourage other institutions to follow suit for their local communities. “It is the goal of this project to help preserve the local varieties of the Central Coast,” said Whitman. “I hope this model can be applied to other regions, so they can help preserve their own local biodiversity.”

Anyone — from novice home gardeners to more experienced farmers — can borrow seeds from the UCSC Seed Library. Whitman also holds monthly seed exchanges at UCSC. For more information or to get involved, please contact Andrew Whitman at awhitman[at]slugmail.ucsc.edu.