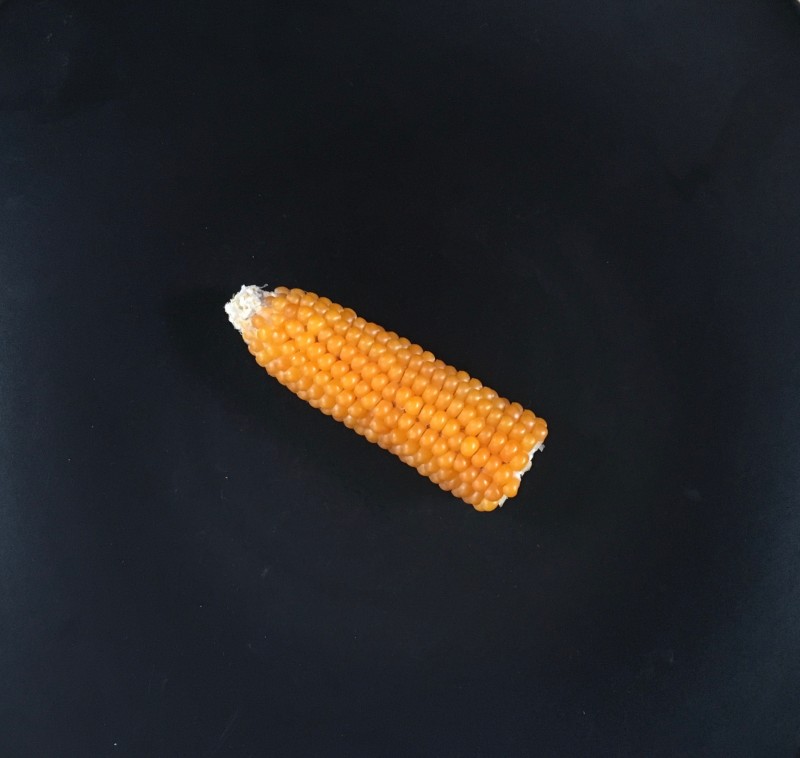 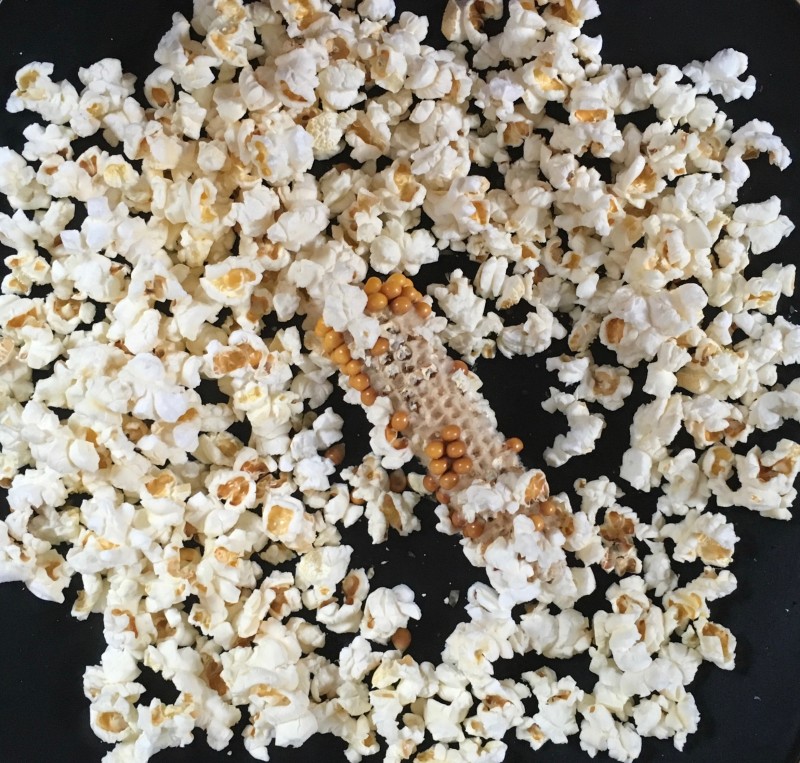 Did you know popcorn pops at roughly nine times atmospheric pressure? The inside of a popcorn kernel is about ~13% water. When that water heats up—trapped inside the confined space of the kernel’s pericarp—the pressure goes up until the pericarp ruptures and the insides, now melted, spew out.

You’ve probably never thought about the physics of popcorn, or even what temperature popcorn pops at. Snag some oil, a digital thermometer, and a pan. Try popping some popcorn kernels at various temperatures. You’ll soon figure out that popcorn doesn’t really pop well until ~350°F / 177°C. (For photographs, see page 307 of the second edition of Cooking for Geeks—click for free PDF of that page.)

But how do we know popcorn kernels rupture at nine times atmospheric pressure? Because as temperature changes, the volume of a gas changes, and knowing popcorn kernels are roughly 13% water allows us to use the ideal gas law (click to see UC Davis’s ChemWiki entry), which is:

What I didn’t include in the second edition of Cooking for Geeks was any discussion of the ideal gas laws—it didn’t seem culinarily useful, even if the geek in me loves these sorts of details. An old magazine, The Physics Teacher, has a lovely writeup on The Physics of Popping Popcorn from April 1991. Thankfully, things like the laws of thermodynamics haven’t change much in the last… oh, ever. If you’re teaching science, or want to really geek out, check out his writeup for details.

P.S. Our CSA share last week included 4 popcorns-on-the-cob—popcorn corn is a variety of corn that has a really tough pericarp. That’s what the photo up top is of!