I’ve been teaching a friend of mine how to cook and one of the first things to come up is the question of flavors and tastes—how do I know what ingredients will taste good together?

One place to start is by looking at ingredients that are commonly used together. There are two easy places to see this: one is in the ingredient list on sauces and marinades—if the pasta sauce has tomatoes, oregano, mushrooms, and onions, then an omelet with those things will probably taste good too—and the second place is to look at cultural traditions.

You can take this further and look at taste modifiers. Here’s a table of ingredients by culture and taste, from page 121 of my book: 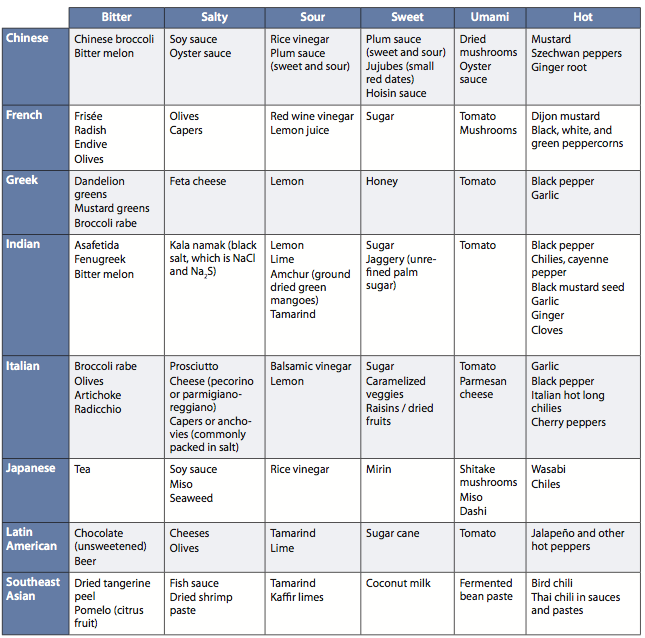 How does all this help you when you’re in the kitchen? Given a list like this, coming up with something like a marinade is relatively straight-forward: pick a few of the ingredients, mix them in a bowl, toss in some meat (chicken, steak, etc.), allow to rest for 30 minutes to a few hours, and grill away. This isn’t bullet-proof, but it’s a good way to build up that experiential memory of what works and what doesn’t.

As an example, here are two quick marinades:

Mix in a bowl:

Mix in a bowl: