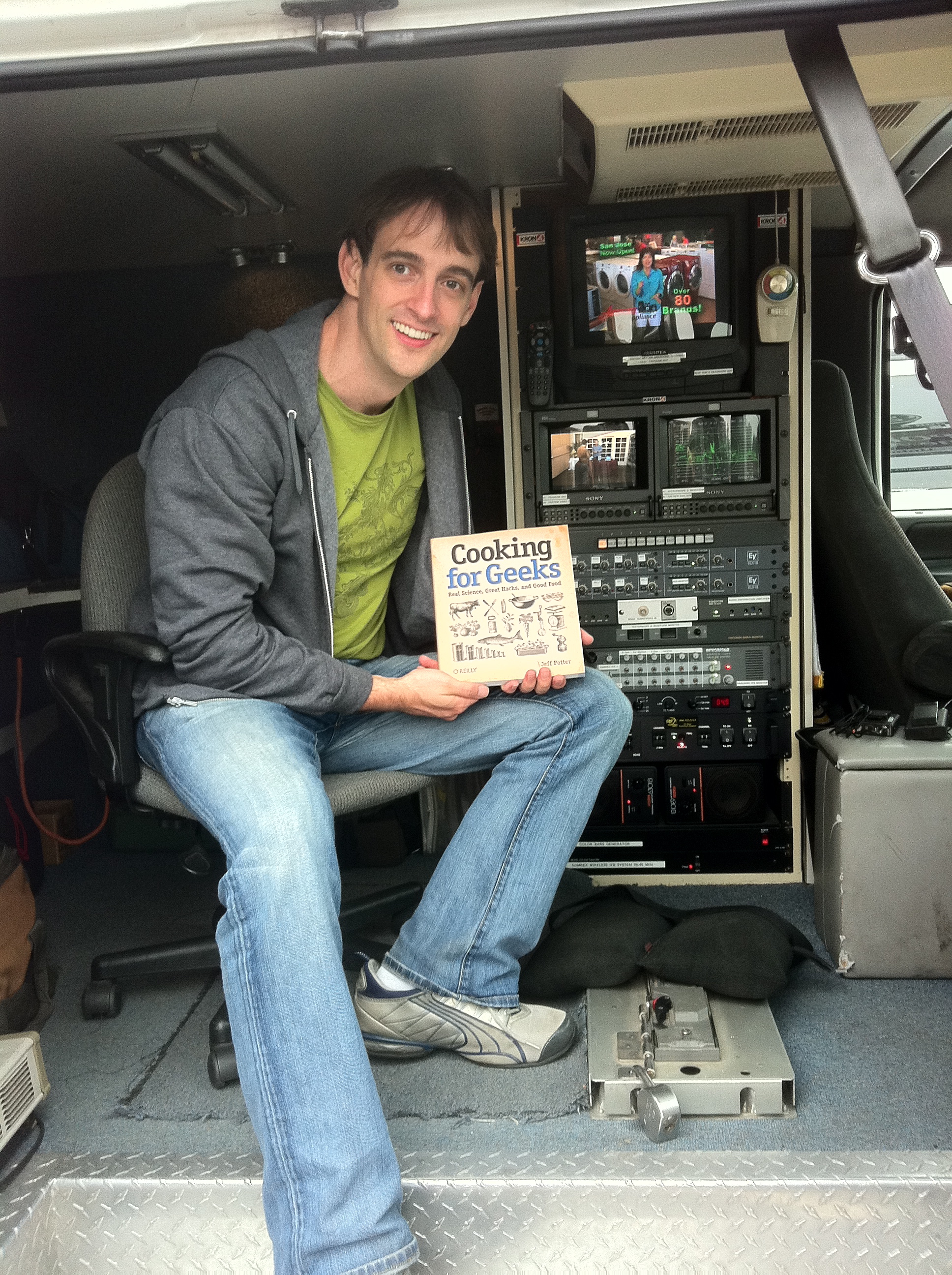 Henry Tenenbaum from KRON Channel 4 and I had a lot of fun this past weekend in San Francisco making French Toast on their weekend morning show. Here’s the recipe for those who’ve requested it.

The secret to great French Toast is to soak the bread long enough for your egg mixture to fully soak the middle of the bread. (And use real bread, folks—pre-sliced sandwich bread isn’t thick enough to get that wonderful eggy custard.)

In a large bowl, measure out:

Mix the cinnamon into the rum, making sure to break up any clumps of cinnamon powder. The rum acts as a solvent, helping dissolve those compounds that aren’t soluble in water but are in ethanol.

Whisk to combine. Slice French bread into pieces ~1″ thick and drop them into the bowl. Let them soak for at least a few minutes, then flip them over and soak for another few minutes.

In a pan over medium heat, melt a generous tablespoon (or two!) of butter. Transfer the French bread to the pan, and cook on each side 2 to 3 minutes, until dark brown. External temperature of the French bread needs to get up above 310°F for that nice dark brown rich outside (Maillard reactions); and the internal temperature needs to get to around 150°F for the egg mixture to set. Make sure not to overcook the middle—just like scrambled eggs, the goal here is to set the proteins in the eggs but not steam the moisture out.

Place on plate (I often cut the French Toast in half), dust with powdered sugar, and add whatever fruit you have that’s in season. Serve with maple syrup…