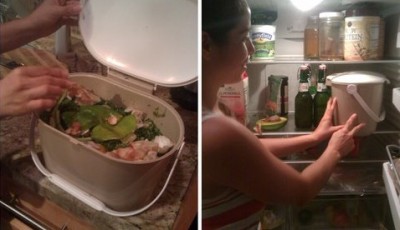 I’m delighted to announce that Awesome Food (of which I’m a trustee) has selected our first $1,000 micro-grant: CompostMobile. I had the great joy of calling Jennifer to tell her the good news, and let me just say that I could get used to calling people and telling them they’re awesome, doing awesome things, and that we’re giving them $1k to make the world a more awesome place.

(In case you missed my post about Awesome Food: Awesome Food helps the world realize awesome ideas that further food and culture by awarding a no-strings-attached $1,000 microgrant to people who want to pull off awesome ideas involving food. To learn more or to apply for a grant, visit www.awesomefood.net.)

We had over 600 applicants, many of which were truly, well, awesome. (It’s a “rolling pool,” so we’ll still consider the other applications in future deliberations.) Perfect ice cubes? Random sandwiches? Gardens for schools? Lots of awesome ideas; enough to call someone every day instead of once a month!

Here’s the announcement we sent out—please help spread the word!

Awesome Food is superexcited to announce that its inaugural micro-grant of $1,000 has been awarded to Compost Mobile, a residential compost service based inMiami, Florida that provides a home pick-up service for food scraps that are then delivered to urban farms and community gardens. Compost Mobile, which is a project of the non-profit Up-Lab, was chosen out almost 600 applications submitted to the first round of Awesome Food call for proposals.

“We think Compost Mobile is awesome because it’s making a difference at the ground level,” said Jeff Potter, author of Cooking for Geeks who is one of the Awesome Food trustees. “They’re figuring out how to take food scraps from the home and use them to help low-income communities start gardens and urban farms. It’s an awesome idea because it takes a bunch of problems—waste, food illiteracy, lack of nutritious food—and cancels them out by combining them in an awesome way!”

Jennifer Siqueira, coordinator of Compost Mobile and co-founder of Up-Lab with Hector F. Burga, had been working in community gardens locally, when she learned of a similar scraps to-compost effort in Washington DC. (There are similar efforts throughout the country).

Jennifer explained, “I had friends who came to me with their scraps of food, asking me to take it to my other friends in various community gardens throughout Miami. I started wondering if I could start a program where hundreds of individuals could start disposing of their food scraps in the same manner and in doing so provide a wider community benefit. Since the number one commodity of a great farm or garden is good soil, I started questioning why we should continue dumping perfectly good compostables in landfills, when we can re-use them to create a network of collaboration and alternative sustainability practices in Miami.”

“With this funding opportunity from Awesome Food, we can get more people participating in the program and coordinate with other Up-Lab efforts of similar scope,” she said.

The first compost pickup, which took place in July 2011, was a 10 pounds of compost delivered to the compost pile at Earth & Us Farm in Miami. Compost Mobile started with only two households in July, but grew to four households in August and eight households in September. Now the service collects about 30 pounds of scraps per week from between 15 and 20 residences and small businesses.

In order to start collecting scraps in any neighborhood, they need 10 homes to compost in each area. Currently, they are hoping to start four groups in Miami Beach, Brickell, Upper East Side and El Portal.

Compost Mobile’s motto is “We want your scraps. Stale Food. Inedible. Leftovers.” Residential customers are given a plastic bucket to collect their food scraps. The process is very simple, explained Vanessa Stelmach, one of Compost Mobile’s clients. ”All I do is collect my food scraps in a plastic bin and once a week Jennifer comes to my place to pick it up, usually on Saturdays. If I’m not going to be home, I leave my bucket at the front door steps and a few hours later, I pick up the empty bin and start collecting my scraps again, or sometimes I drop the scraps off at the farm where she lives.” Ms. Stemach added, “Jennifer pretty much is my organic garbage lady ;)”

Compost Mobile customers are charged a disposal and pick-up fee, but compost recipients receive the scraps at no charge. “The idea of collecting food scraps isn’t something that most people understand, so getting them to invest in a compost bin was too much,” said Jennifer. “With the funding, we can get more people participating in the program. The more that people see it, the more they can understand the benefits on the environment. Someone who lives in a high-rise, just by giving their food scraps, becomes connected to the community farm they walk by, and that helps people become connected and learn more about their food.”

Compost Mobile will use the grant towards purchasing more composting buckets, which cost around $18 a piece, for clients’ homes.

Below is a picture of Compost Mobile’s first batch of food scraps which was delivered to the compost pile at Earth & Us Farm in July 2011. 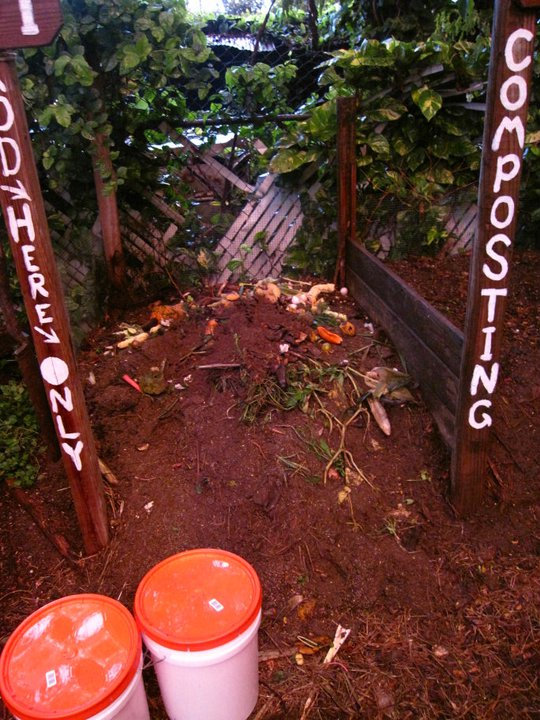